During the last year I changed my IDE’s color scheme multiple times. Here is why…

I am a PHPStorm user for several years now and ever since I used the default Darcula theme.

But during the last year I got the feeling that the theme is too dark and the low contrast was tiring for my eyes. Especially because I moved to a brighter office it became really exhausting to read bright letters on a dark surface for 8 hours straight. Therefore I switched to the Monokai theme which has a higher contrast. 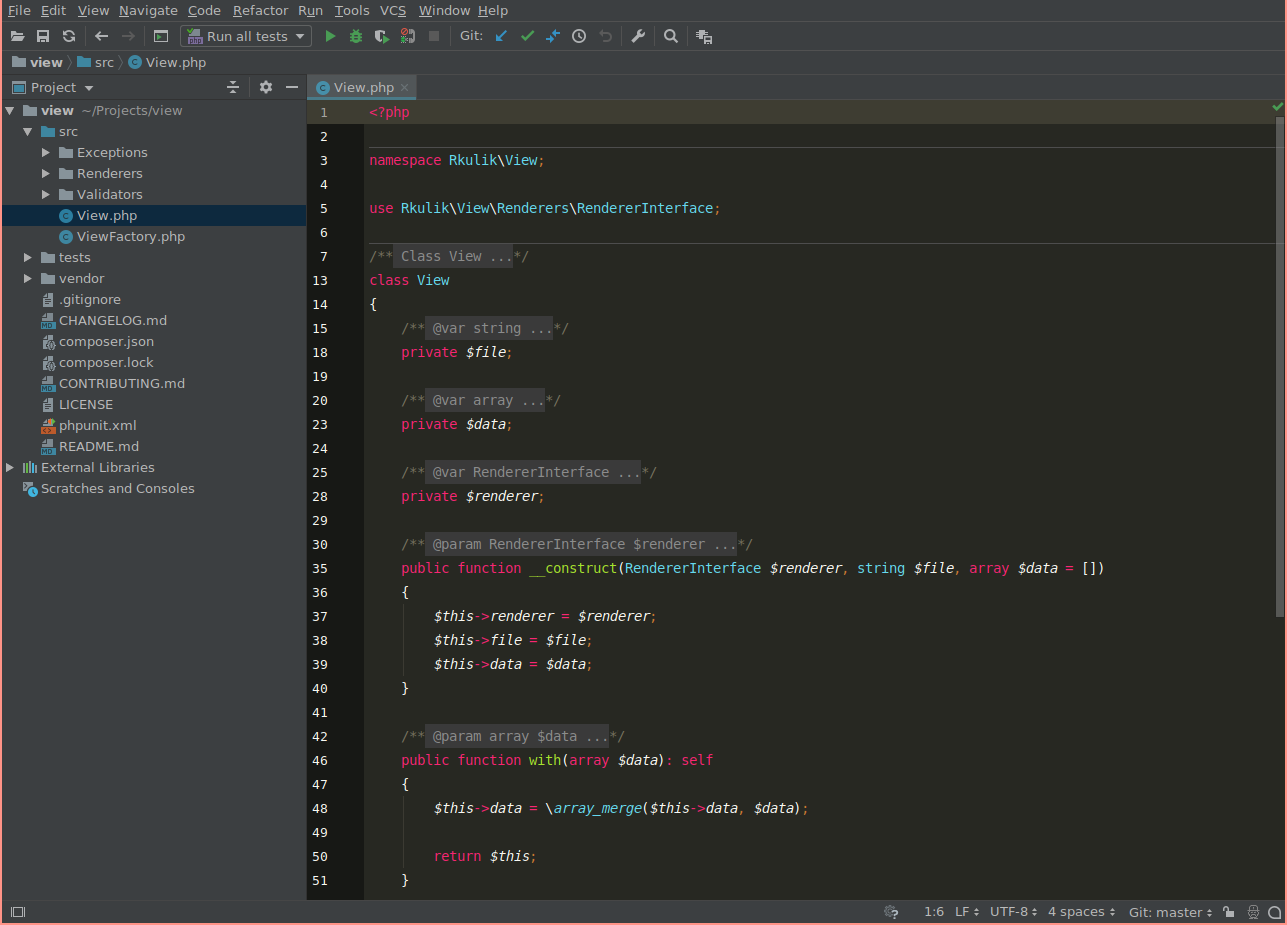 It felt better, but not perfect. I decided to not only increase the contrast but rather using a light theme. During the past years I tried to use light themes from time to time, but always stepped back quickly after because it never felt comfortable. Nevertheless I gave light themes another try. I knew that actually a lot of programmers I follow on social media (Freek Van der Herten, Marcel Pociot, Taylor Otwell, Brent Roose, …) are also using light color schemes and looked up their configurations. In the end I went for Brent’s Photon - light, which was ported from Mozilla’s Photon Light theme, and never looked back. 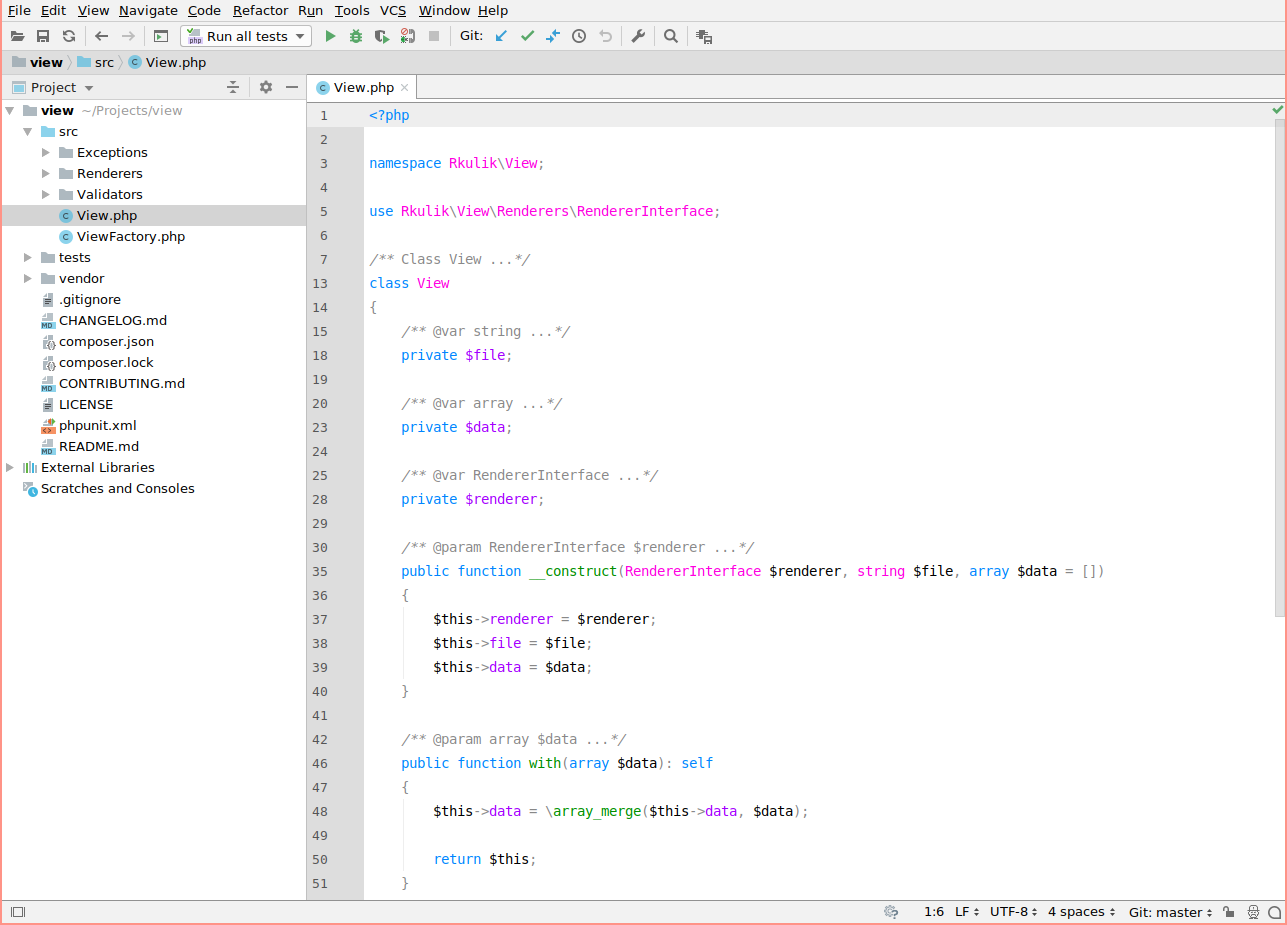 The contrast is awesome and my eyes do not feel tired after a workday anymore. Brent also wrote a blog post about the visual perception of code with further information on this whole topic.