Recently the code.talks 2018, Germany’s largest developer conference, took place in Hamburg. As the year before, it was located at the CinemaXX near Hamburg-Dammtor. In this post I will give you some impressions from the event. 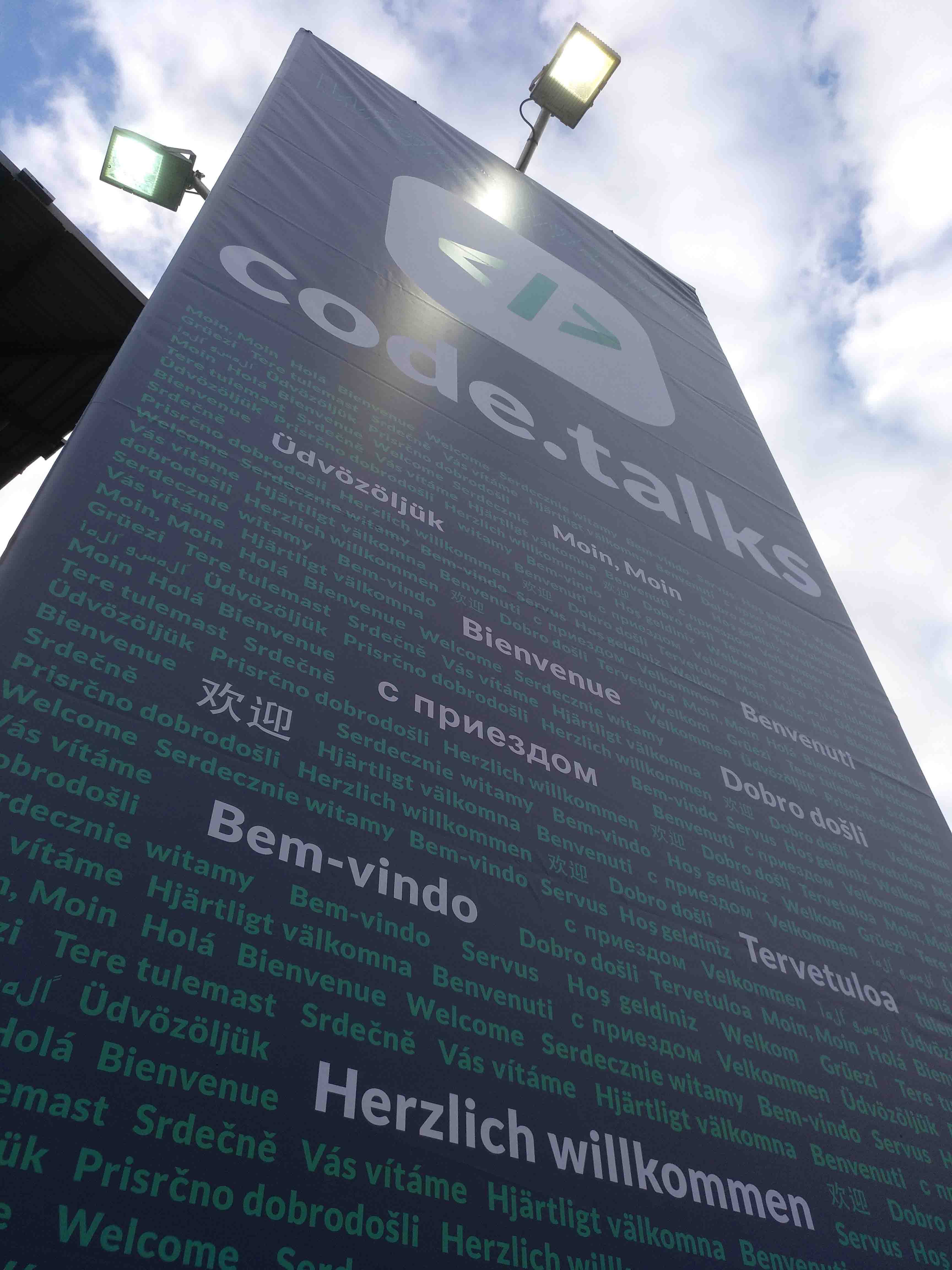 For me, the program of the first day was not that interesting. Therefore I decided to focus more on the framework program and the networking aspect, rather than spending the day in cinema halls. It seemed that a lot of visitors had the same idea, because I met a bunch of people in the corridors even while talks were ongoing. In general there were a lot of attendees. I would even say it was the biggest code.talks so far. Given the fact that I was not able to attend one talk because the cinema was packed. Fortunately this was only an exception and I managed to attend most of the talks, which I planned to listen to. Here is an overview of day 1:

Future is a Thing of the Past

In this talk Mitchell van Wijngaarden taught us the concepts of event sourcing and pointed out, that this technique is a worthy alternative for traditional approaches to data persistence.

Unleash some AI into the wild…

Based on a real world application, Henk Boelman introduced the audience to Microsofts AI-Stack. A very interesting talk, especially because Henk gave some insights on challenges he faced during the development face.

Benedikt Stemmildt and Leonhard Riedißer talked about the lessons they learned while implementing microservices at Breuninger. Comparing the general approach to their current solution, they explained why microservices are not the same as microservices and that you have to decide on your implementation on a case by case basis.

As I am very much into software architectures this talk was a must for me. Gernot Starke showed us how to decrease technical depth based on a real world example. A well prepared and consistently interesting talk!

Overall the first day was fun. I met some old friends and new people, listened to some interesting talks and used the rest of the time to take some pictures of the conference.

I decided to arrive early at the location to take some more pictures without people on it. 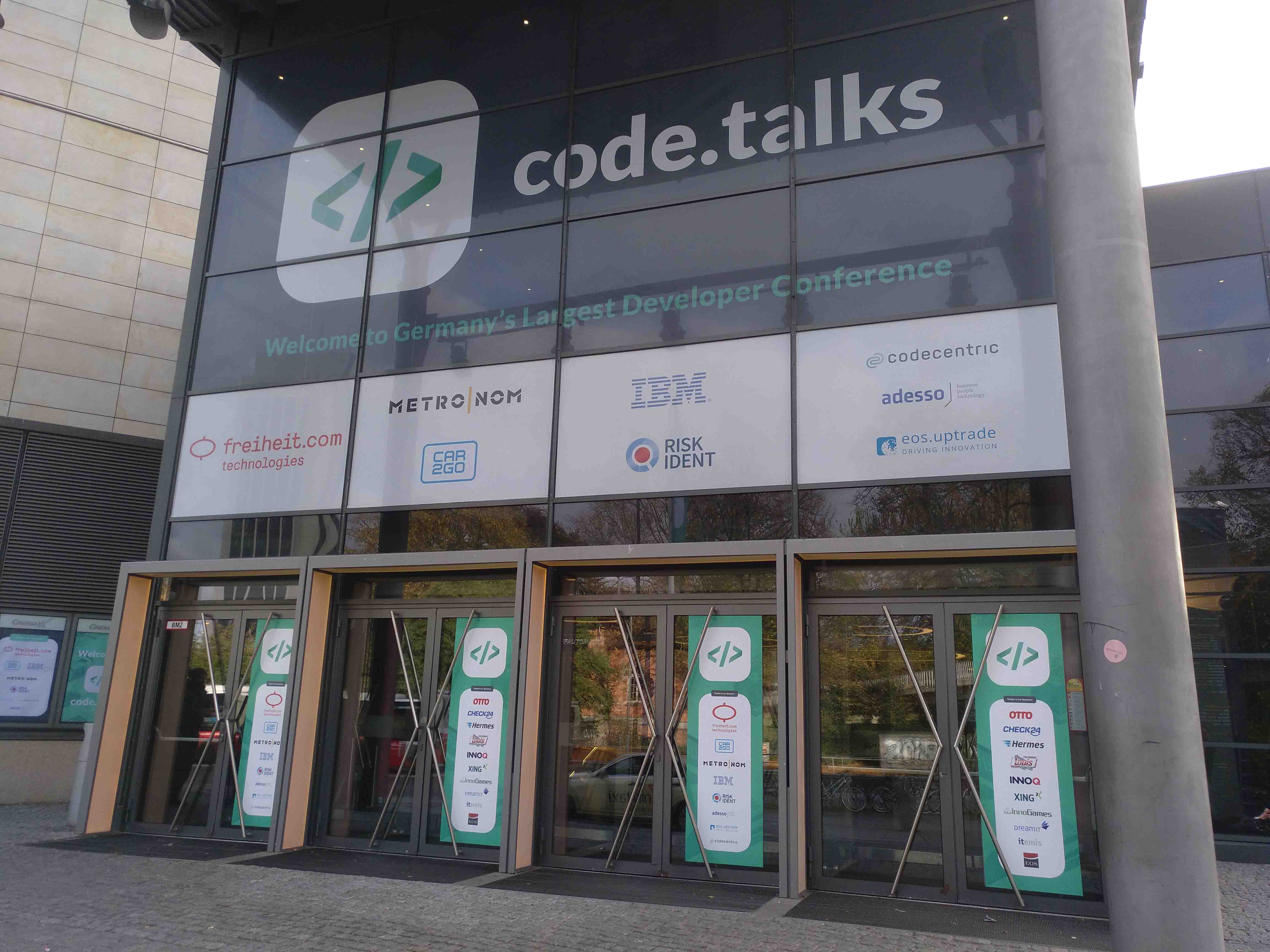 After that I grabbed a coffee and waited for the first talks to begin. I was looking forward to the second day because some talks dealt with Node.js and javascript in general. As my next projects will be build upon these technologies, I was excited to learn something new in this field. Again an overview:

Node.js is a constantly evolving platform. Among new features there are ES6 modules, async/await, performance hooks and so on and so forth. In this talk Sebastian Springer presented some of the new interfaces of Node.js and explained how they affect daily work.

Introducing AdonisJs - A much needed framework for Node.Js

AdonisJs is a MVC based framework for Node.js. It is heavily inspired by the PHP framework Laravel and has nearly the same interface. In this talk Harminder Virk, the inventor of the AdonisJs, led us through the source code of an example application to demonstrate the handling of the framework.

ECMAScript as an evolving language

This talk walked us through the history of ECMAScript - from the beginning until now. Lenz Weber covered what happened so far, what is currently going on and what we should have on our radar for the future.

Code is craft. Code is art. Good code is the supreme discipline. These three statements were the foundation of this talk. Heiko Alexander Weber showed the audience how to avoid “legacy code”. 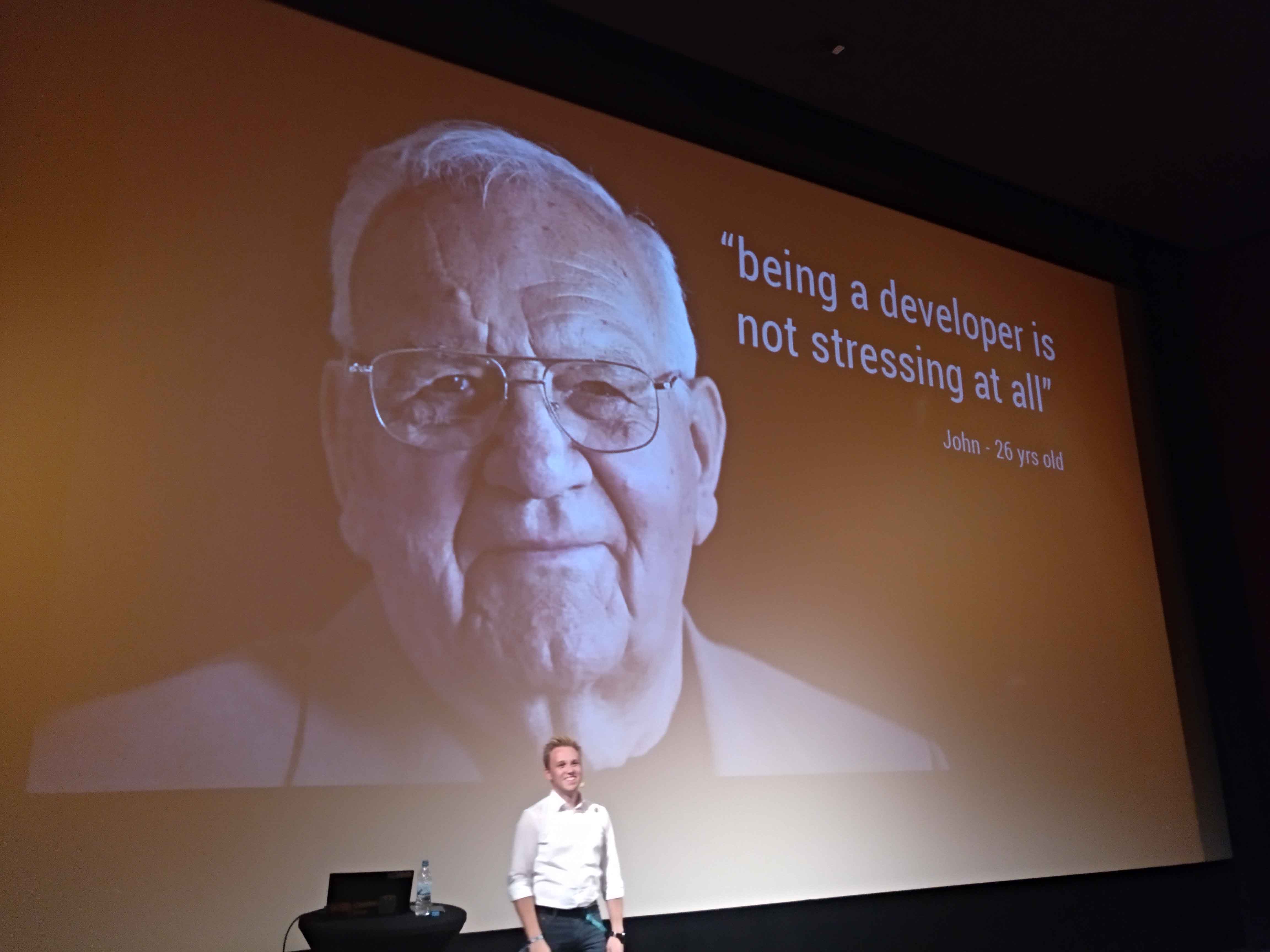 From Good to SOLID: How to become a better developer

In the last talk of the day, Katerina Trajchevska told us how to write SOLID code. Which means writing code in a way that will make it easy to understand, even if you come back to it years after writing. 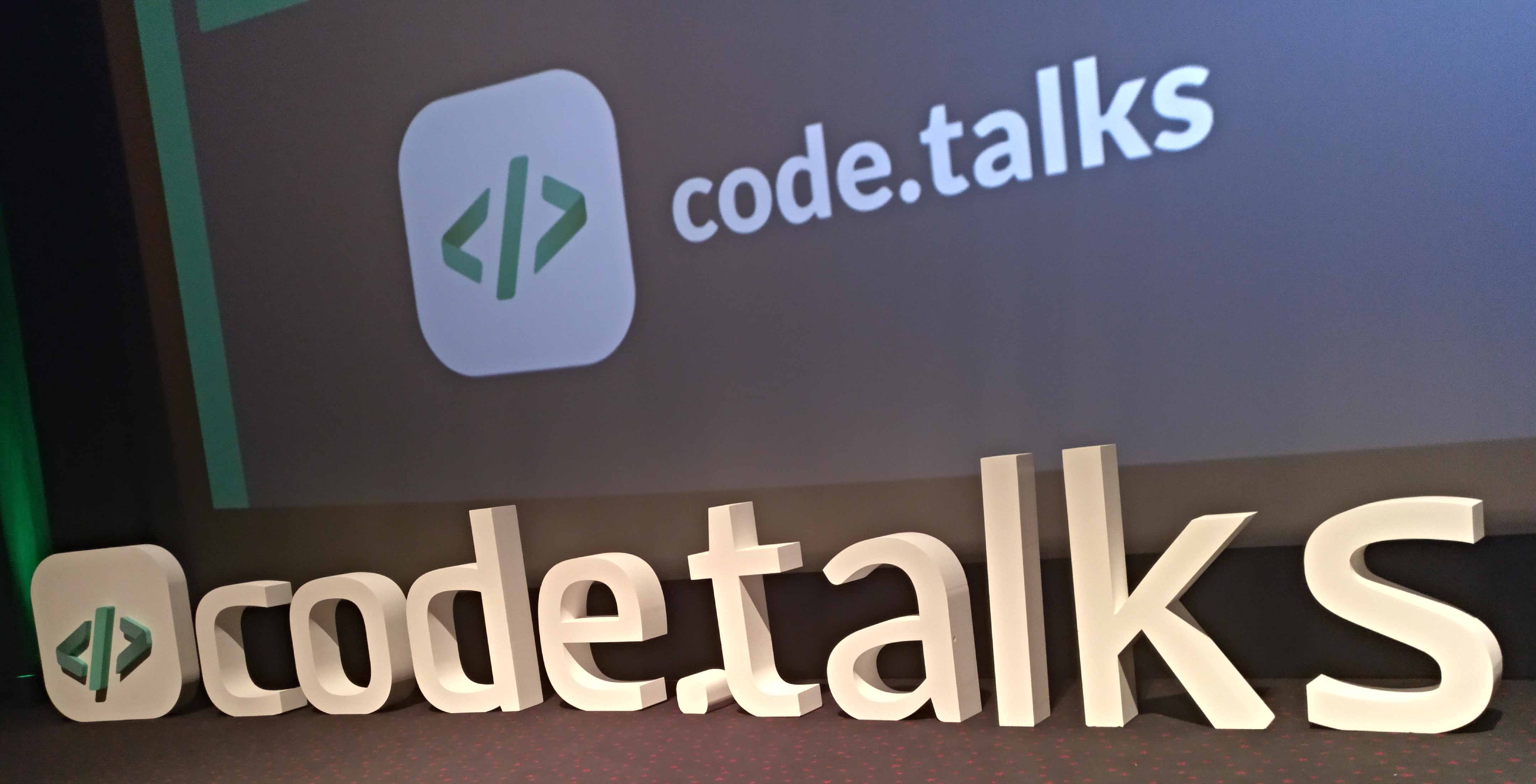 I attended the code.talks for the 3rd time. In my opinion this year’s conference could not keep up with the last two years. There were some very basic level talks and again a lot of architecture tracks about microservices. But do not get me wrong, overall it was still a great event. Huge networking opportunities (especially because all of the sponsors had booths where you could get in touch with the companies), I met some old and new friends and was stuffed with nachos and popcorn.